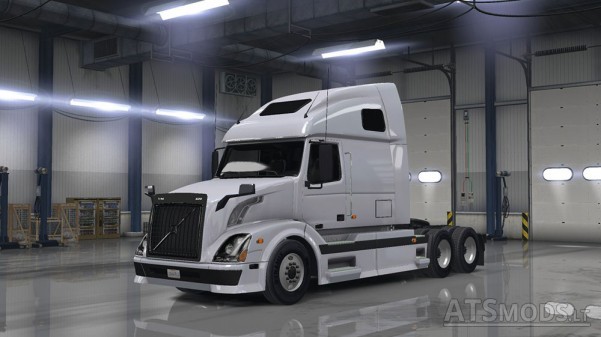 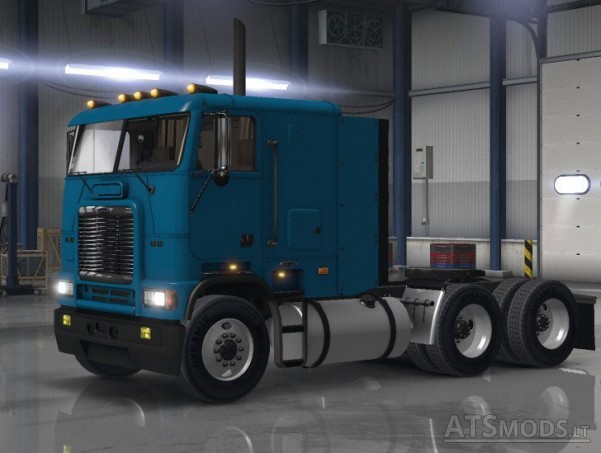 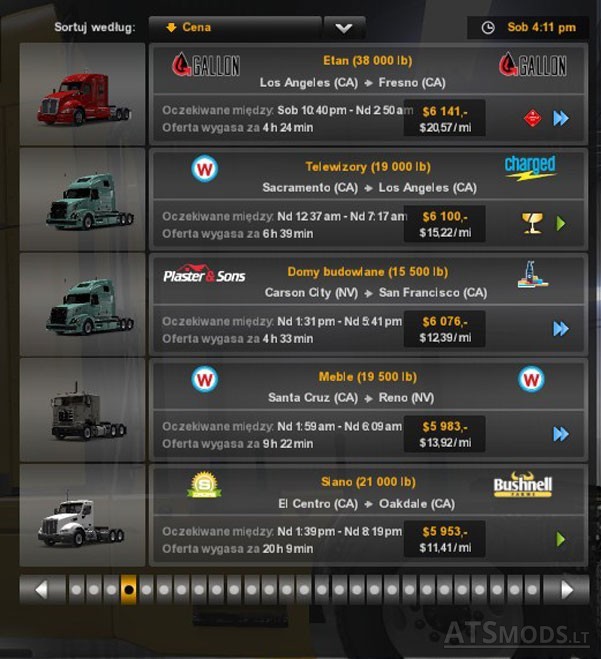 Version 1.5:
* New Trucks: Volvo VNL 670 + AI + Jobs
* Merged all files into one – no more loading order
* Solved nasty bugs, most missing icons and other stuff
* Leveling and pricing adjustements
* Tidied up the code a little so there should be less console errors by a mile
* NEW! Rig’n’Roll soundtrack that is in the additional file for your ears and nostalgia

This is the truck pack containing various trucks made by modders that were ported to ATS. Models don’t belong to me, however I’ve made them compatible with one another, removed unnecessary addons that were causing game to crash or malfunction, making all trucks available to buy or drive through quick jobs as well as AI.

Three trucks are available as Ai vehicles in multiple variants – Volvo VNL670, Kenworth T800 and T600. All trucks in this package are available at quick jobs in various variants.

Truck parts are locked to levels accordingly so you have that ‘vanilla’ feel of the game.

Notes:
Kenworth K100 Aerodyne didn’t make it to this version due to many bugs and glitches found (mainly addons). If I get them sorted out – this truck will come for sure. Next version should contain cosmetic changes like improper shadows resolved, better icons and new trucks (like Peterbilt 387, Kenworth K100).

Peterbilt 389EXHD will not appear since second *.scs file is encrypted and seems like author doesn’t want it included anyway. It works with my pack though, however it has many russian letters… so I advise being carefull.

Please do not ask for including any european trucks converted to ATS – this is AMERICAN Truck Simulator, not Euro Truck Simulator 2, so I will keep things more american, cuz ‘Murica.