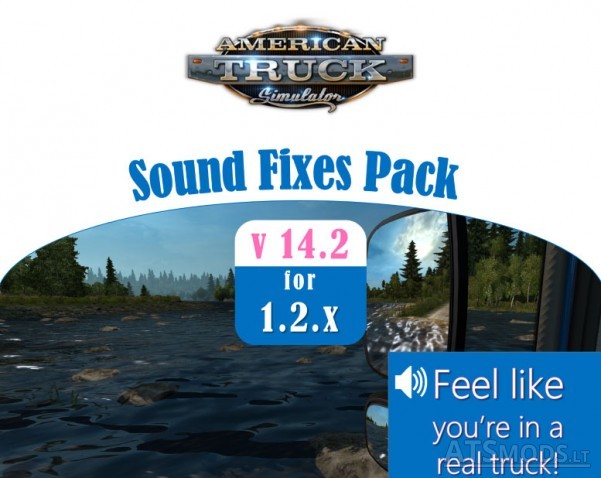 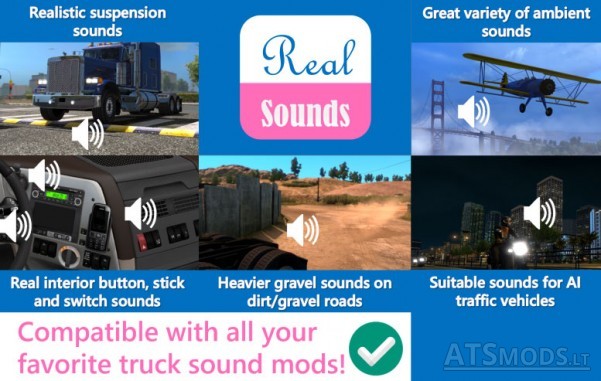 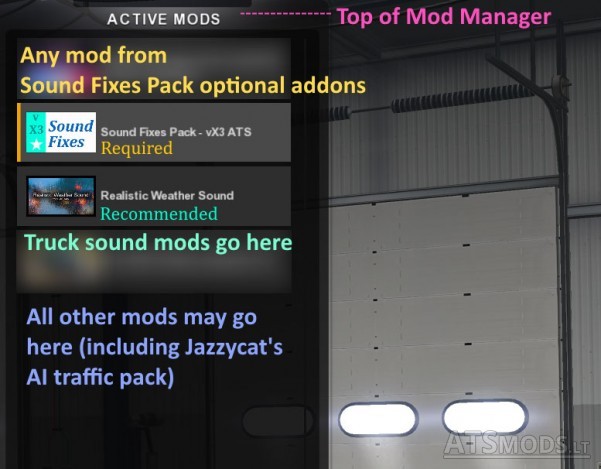 – Suspension: enhanced suspension sounds to include sounds of cabin squeaking, key swinging and movement of the cabin.

– Classic/historic ding sound for while the fuel is pumping (circa 1960s to 1970s). The number of dings give you an idea on how much you refueled.
– Real fuel pump, fuel lid sounds, door close, seat belt click and key insertion sound effect for after refueling to a full tank.

– AI traffic vehicles given new horn sounds. Depending on the patience of the driver, a short or long honk may be used.
– AI traffic trucks/buses given more variations of sounds (turbo, engines, gear changes, engine brakes).

– You can hear the slight sound of vehicles overtaking you or passing by you in the oncoming lane.

– Wind will sound slightly faster from cabin when you drive at a high speed.

– Pattering of rain on windshield audible inside the truck during heavy rain.