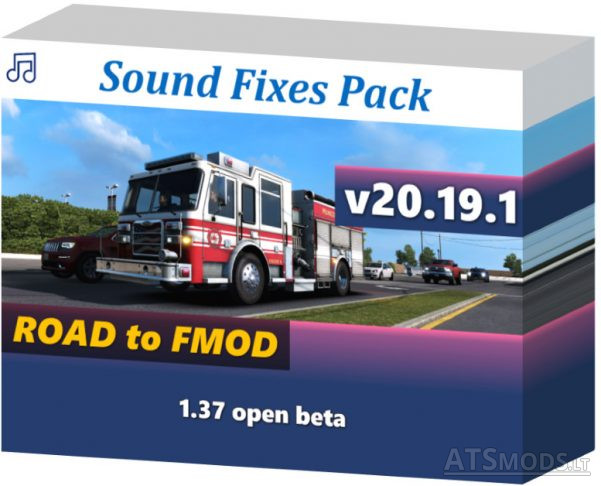 This version of the mod is in a work in progress state as the mod is getting converted for 1.37’s new sound engine.
As such, features from previous versions of the Sound Fixes Pack will be brought back when they’re ready.

* SCS Software for base sounds
* Drive Safely for sound edits, some sound samples, and for compiling mod
* kriechbaum for light switch sound.