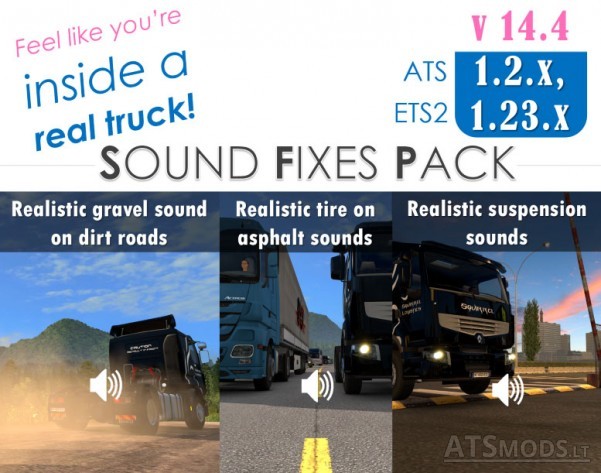 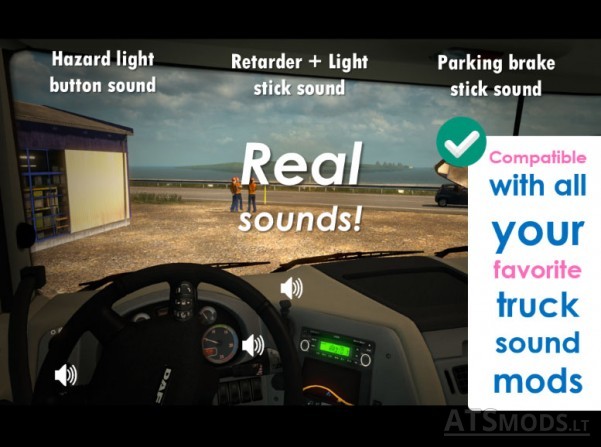 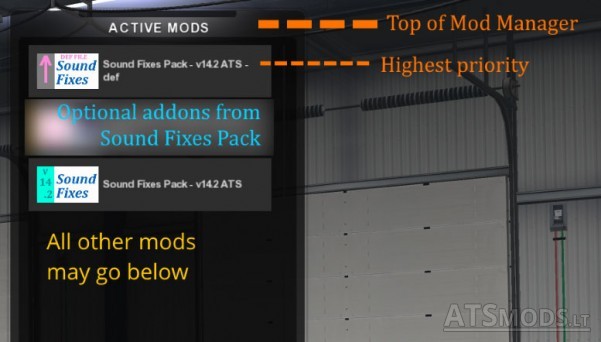 V14.4
=====
After extensive feedback from users, the following changes were made:

AI traffic truck/bus horn sounds reworked for ETS2 and ATS. For variety, the ETS2 and ATS truck horns are different.

Refined engine sound for some of the AI traffic truck/bus sounds.

And as a bonus, sometimes you will hear the V8 engine roar of the Ford Crown Victoria Police Interceptor in AI Traffic! :) [ATS edition]

INSTALLATION
============
In most cases, mod requires highest priority in Mod Manager, above map mods, environmental mods and AI traffic mods.
If other mods are placed in higher priority than this mod, correct operation of pack not guaranteed and results may vary.
Check the loading order image for more details.

CREDITS
=======
– SCS Software for base sounds
– Drive Safely for pitch, reverberation and sound edits, some sound samples and compiling mod
– antonvezdehod, Ludmilla and Katixa/Irreo for some tire sounds
– Balamut for some key swing and light suspension sounds
– AlexeyP for some trailer coupling and fuel pump sounds
– Stewen for some improved AI truck sounds
– Pe11e for some cabin rattle sounds
– nIGhT-SoN for raindrop definitions