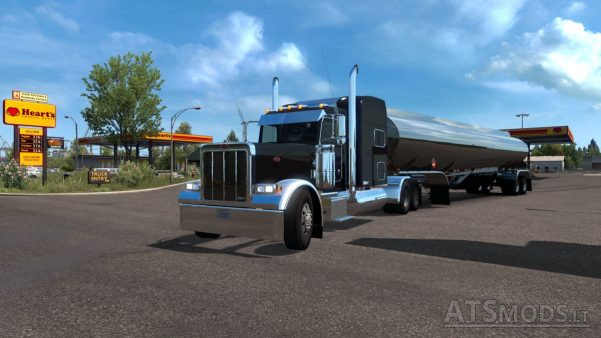 The Peterbilt 379X was only in production from 2004-2006 with an estimite of only 2000 units produced and was geared towards owner operaters. Special Edition 379X only came in solid colors with chrome accents which included chrome front fenders and silver trimed dashboard.
This 379X model was only offered with a caterpillar engine mated to a 18 speed transmission. The Standard 379X special Edition rolled off dealer lots with a 550 horsepower power plant, but with a special request owner operaters would bump the power up. The 379X was only available with a 70 inch unibilt sleeper ultra cab and was not offered in a tri-axle ,lift axle configuration.Any Lift axle configurations seen on the 379x was retro fitted by a private shop. All units produced as a 379X came with the extended hood which was bbc 127 and reguler 379 models came standard with bbc 119 hoods