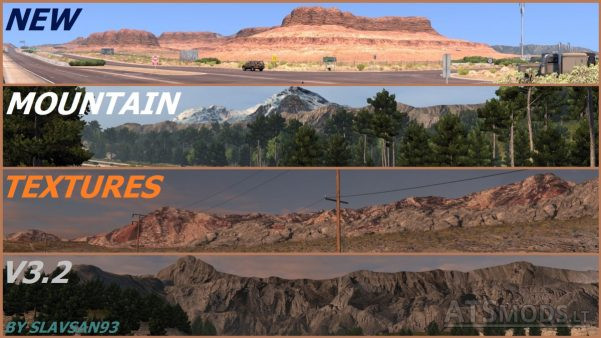 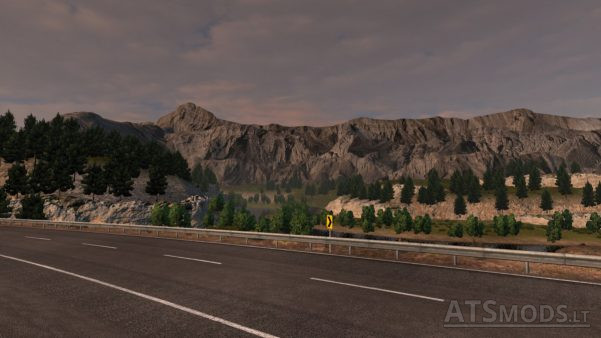 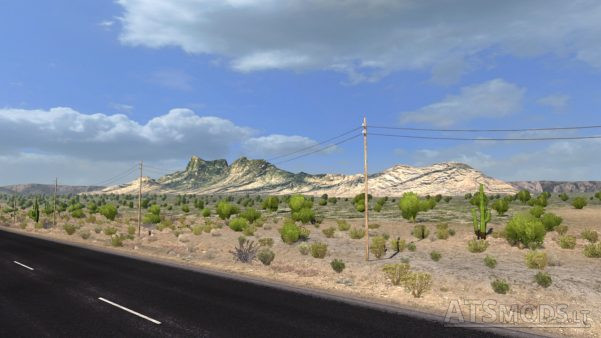 FYI: the screenshots for this mod have been taken while using FRKN64’s Reaslitic Graphics Mod with Darker Graphics Add-on, brightness set on 40% and Color Correction turned off. Alongside with some other mods that I’m currently working on (Realistic Roads and Enhanced Vegetation), which are going to be released later and are not a part of this mod.

In version 1.0:
– Replaced texture for mountain assets that are used majorly around the game world

New in version 2.3:
– Improved some textures that were added in the previous version
– New texture for hills in the deserts of California and Nevada
– New texture for cliffs at the coast seen from afar (west of Oakland)
– Some minor corrections

New in version 3.2:
– Reworked texture for most common mountain assets (from version 1.0)
– New texture for hills in the deserts
– Reworked textures for rocks in the deserts and the snow mountain on route 5, north of Redding
– All terrain textures have been sharpened, darkened and saturated for a more realistic look
– Some terrain textures in Arizona have been toned to red to match the red rocks and cliffs
– New texture for mountain seen by the highway 10, west of Tucson, Arizona
– Some other minor texture corrections