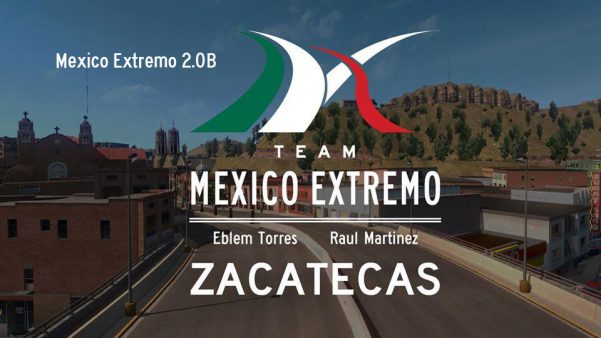 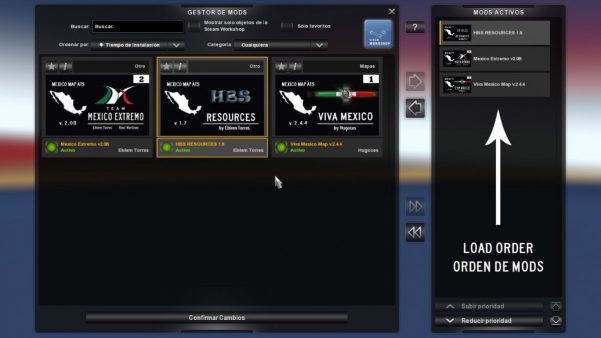 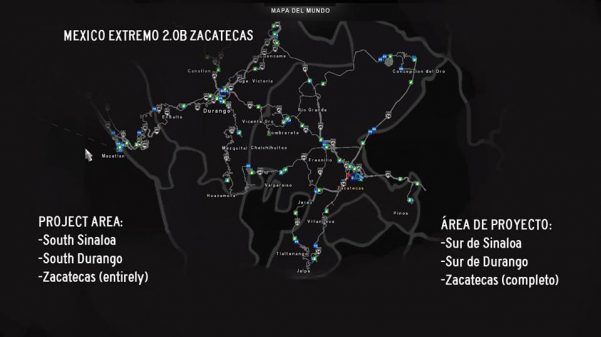 Changelog 2.0B;
-Fixed terrain in many places of map area, such grass in pavement, trees in middle of road, bad terrain in road (blockades), black holes, etc
-Fixes in Durango-Mazatlan invisible wall crash in bridges
-No weather area in tunnels in Durango-Mazatlan. (shouldn’t rain anymore on tunnels)
-Fixed invisible walls in potholes areas of the map.
-Less and fixed potholes in Cuencame-Rio Grande highway
-Some traffic rule corrections in certain areas, proper speed limits.
-Some performance issues corrected in certain areas
-Fixed few console bugs reported
-Fixed some signal positions and proper use of signage in towns and highways.

Trucking in Mexico is never as straight forward as in the US. Experience windy and dangerous roads, questionable conditions, road blocks, speed bumps and the ever satisfying beauty of the Mexican landscape, all from the comfort of your home.

The map is compatible with all map mods including CanaDream and Coast2Coast in the actual version (1.31.x).

Inside the site, there is download file for both HBS Resources 1.8 ad Mexico Extremo 2.0B in a zip, also Viva Mexico 2.4.4 individually.

Please support me at paypal.me/eblem, thank you!
Enjoy!