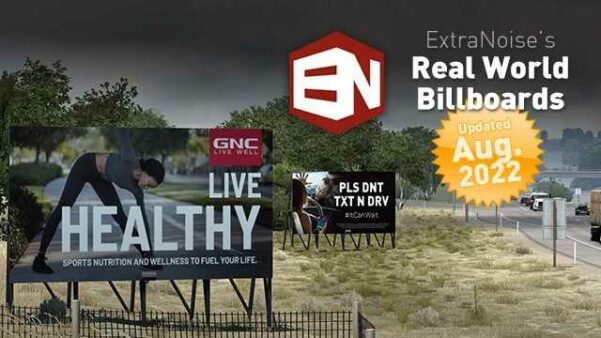 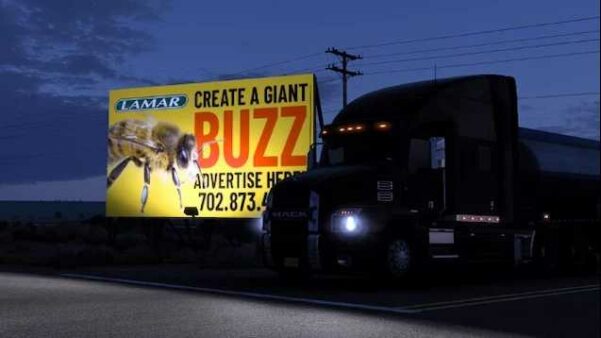 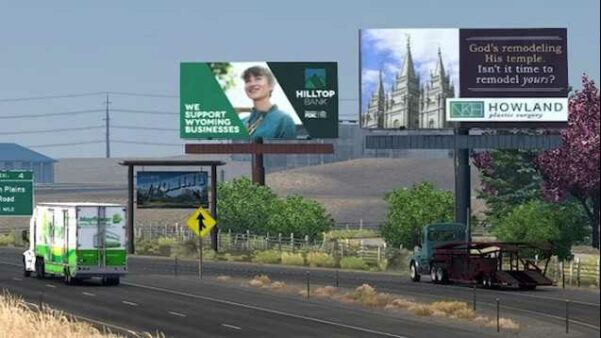 I enjoy other real world graphics mods but have been wanting to see some new billboards lately that feature more updated billboards from 2020-2022 and also wanted to ensure that billboards represented their regions (to the best of my ability).
To accomplish this, I began making notes of where each instance of a billboard would appear and then tried to map companies to those locations, if they would advertise there.

Updates
This pack is periodically updated so that the billboards stay fresh and relevant. Subscribers will occasionally discover new billboards without having to do anything but be subscribed!

In order to determine which billboards should be updated, I’ve created a scoring system that weights the billboards based on the number of times they appear and how old the art on the billboard is. This gives me a “weight” that I use to which billboards to focus on updating next to keep these fresh with each update.

Compatibility
As this just swaps out texture files (for now), it should be compatible with almost all other mods. However, to ensure that you see these billboards in the game, make sure that this mod is loaded above other similar-type mods.