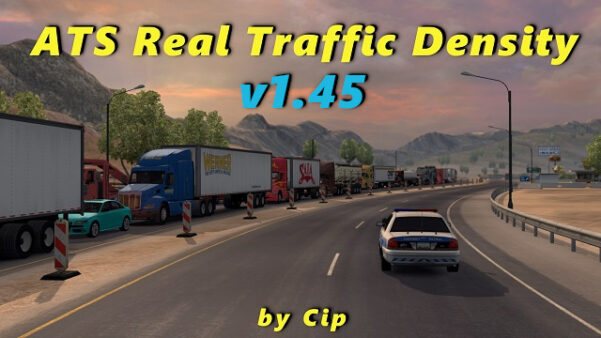 Features
- Speed limits for existent Ai vehicles is not affected, my mod only changes speed limits for emergency, motorcycles and sport cars
- Semaphore cycle was improved to match with increased traffic density including for left turns. yellow duration after green is also increased you don’t need an additional mod for this!
- Classic cars and motorcycles can also be seen on country roads with low density and reduced speed
- Ai can overtake on simple continuous line on 1x1 roads

Compatibility:
- Vanilla map and all map DLCs
- MHA Pro Map and ProMods if higher priority of my mod
- Not tested in other maps (it should work if you keep higher priority of my mod)
- All existent Ai traffic packs; additional traffic packs are highly recommended, due to increased density you may want to see more model in traffic, not repetitive models