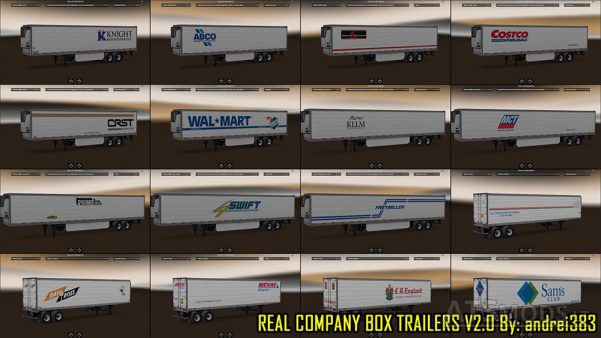 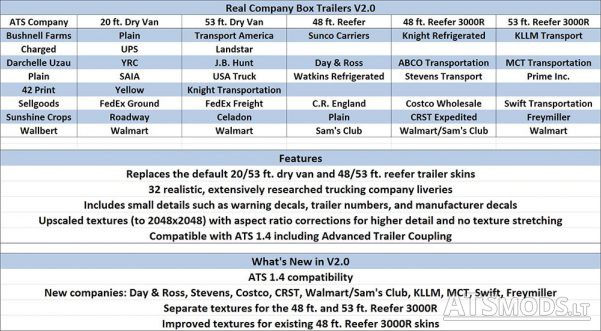 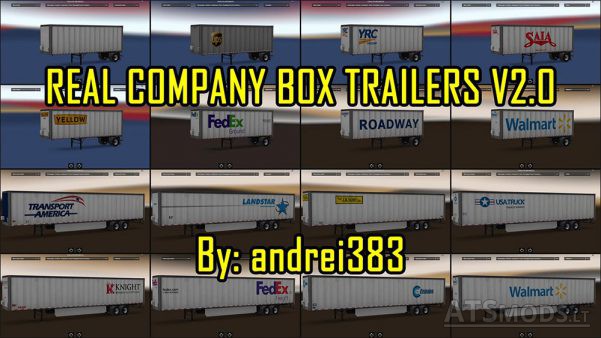 3. Due to the mapping of the 53 ft. Reefer 3000R trailer, the decal placements may not be exactly the same as the real trailer.

4. Several plain skins are included and may later be replaced with other companies.

1. Copy the “Real_Company_Box_Trailers_2.0_andrei383.scs” file into your American Truck Simulator mod folder.
2. Activate the mod in the ATS mod manager.
3. Increase the priority of the mod so that it has higher priority than other trailer mods.