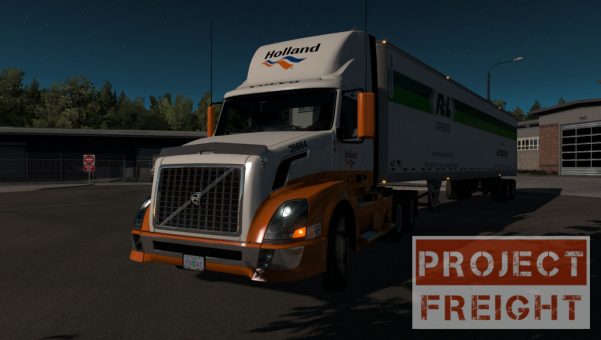 -GAME VERSION-
Must have current game version v1.35.1.3 with all DLC from SCS. Project Freight isn’t a full independent mod and relies on some original unmodified SCS files. Project Freight hasn’t been fully tested with any other mods. But has been fully tested with no known errors and only WARNINGS in game log. Which is 100% safe and working. Please contact me via the information provided with this mod if you encounter any errors. Thanks!

Truck skins for other Semis and Trailers with more content will come in Future Updates.