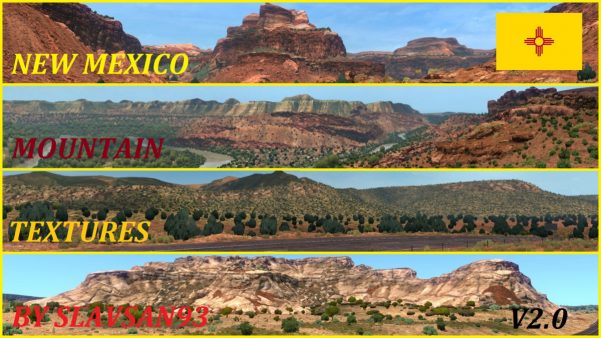 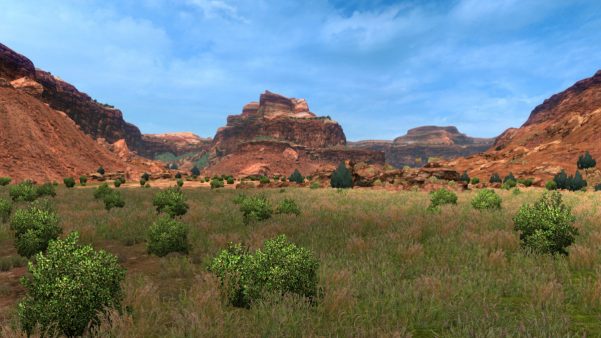 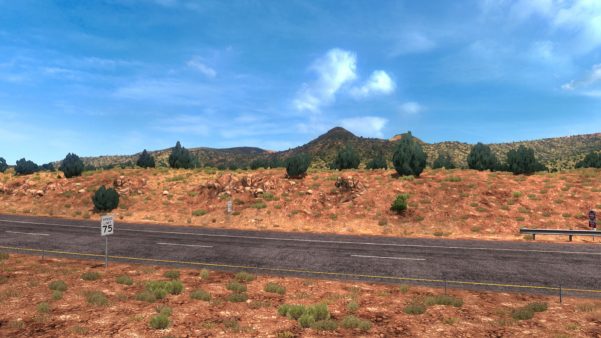 This mod replaces textures for mountains and terrain in New Mexico. If you like taking cool pictures and want to take a fresh look at the world of ATS, then this mod is for you!

FYI: the screenshots for this mod have been taken without graphics mods, brightness set on 40% and Color Correction turned on. Alongside with my other mods: Enhanced Vegetation, Realistic Roads and New Mountain Textures. I really recommend you use all of the mentioned mods together for the best experience ;)

NOTE: this mod only replaces terrain and mountain textures in New Mexico. If you want new vegetation and roads in New Mexico as well, make sure to download the “Enhanced Vegetation” and “Realistic Roads” mods too.

New in version 2.0:
– Most of terrain textures are replaced with new ones
– Completely new textures for most rocks and cliffs
– Some textures have been reworked
– Some other minor corrections

In version 1.0:
– All of terrain textures are replaced with new ones, some are re-touched
– Textures for terrain and hills that are further from the road are based on satellite images
– Some cliff textures are replaced with new ones; some cliffs are toned into red for more diversity and realism
– Fixed specular layer for several textures
– New Mexico is no longer fifty shades of gray and pale yellow; it’s now more colorized (yay!)