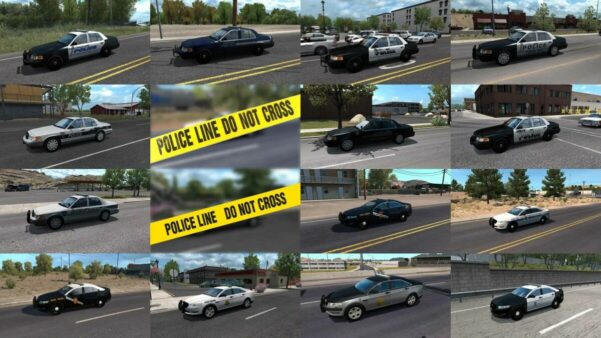 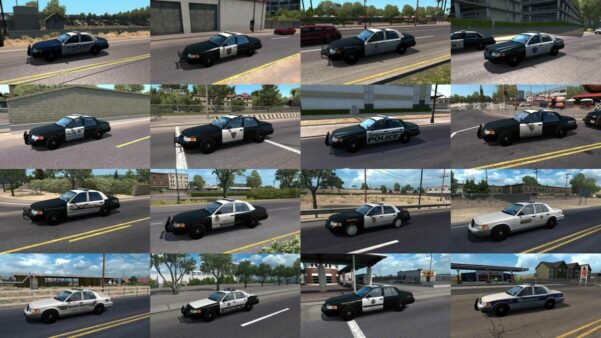 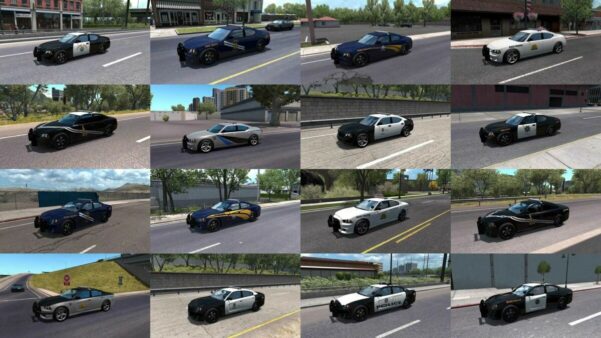 This mod adds police cars/liveries to almost every city in California, Nevada, Arizona, New Mexico, Oregon, Washington, Utah, Idaho, Colorado and Wyoming.
The cars have various wheel, rambar/pushbar and lightbar combinations .
The mod removes the original police cars from the states made by SCS and replaces them with the cars in this mod, however the SCS Taurus with the open door can appear in the random event accident.

For owners of Special Transport DLC:
Front escort cars have been replaced in the forementioned states with state police variants from this mod.