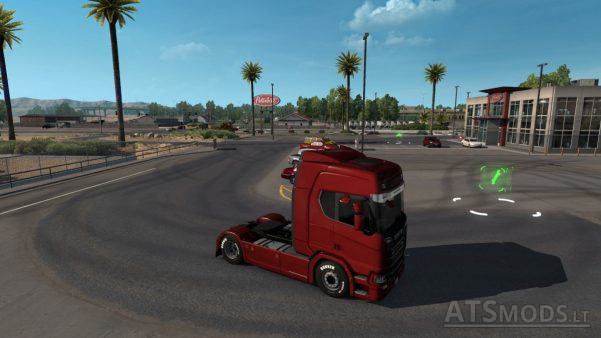 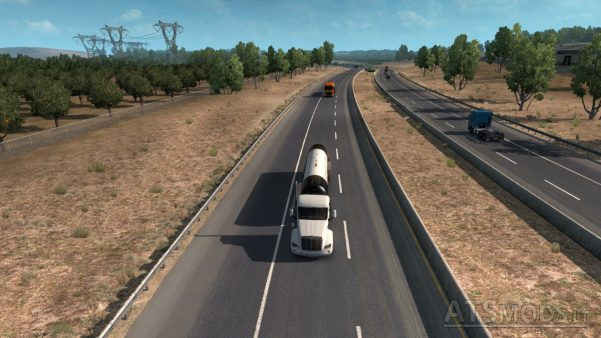 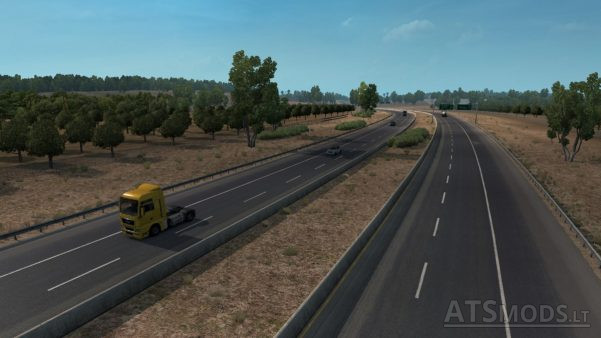 European trucks from ETS2 to ATS.
This update of the old fashion “Mod_TruckShop_Ets2_no_Ats_v1” from the author FrankBrasil.
Added: update for XF105 and Daf Euro6; Scania 2016; new CAT.
Updated almost the entire residence. Changed the intermittent wiper.
Changes in physics: the speed, the weight and stiffness of the front and rear suspensions; shock absorption
driver seat; weight, angle and cab suspension, reduced braking efficiency;
increased inertia of the train.
Present in the traffic. Speed for trafimovich models of European trucks
increased to 105 km/h. Bought from a dealership in the city of Bakersfield. Prescribed
in the orders of the agencies.
Test version 1.29.2.6.