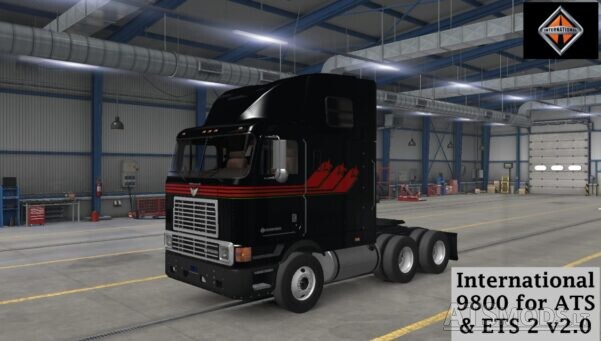 This is a patch of the International 9800 Eagle engine sounds, where these were converted to FMOD.
Contains engine sounds, effects, and interior sounds.

ATTENTION:
Use the International 9800 truck mod, from odd_fellow, Harven, Lucasi and Pauly (you can download it from the Steam Workshop); and place the sound mod as follows:

Do not modify the mod unless necessary.
(At the moment I don’t have a video on YouTube showing the sounds of the truck).

It does not have an animation of opening / closing windows but it has its sounds of the same.

v1.8
-Fixed .sii file bugs (this caused bugs to exist between this mod and the truck mod)
-Added two CAT 3406 engines, sounds are made by Kapitan Kriechbaum.