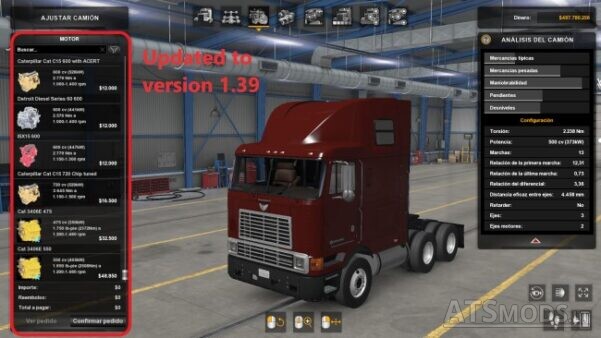 This is a patch of the International 9800 Eagle engine sounds, where the sounds were converted to FMOD.
Only includes turbo, exhaust, engine, engine brake, and engine on / off sounds.

Do not modify the mod unless necessary.

(At the moment I don’t have a YouTube video).