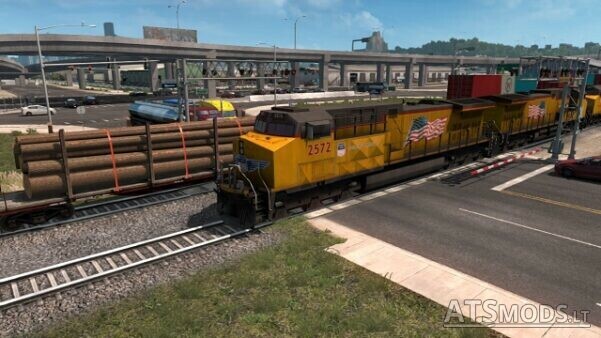 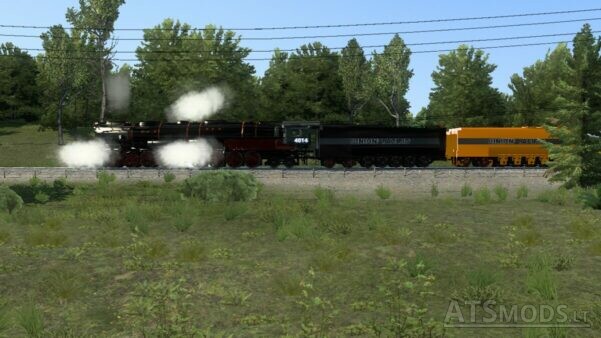 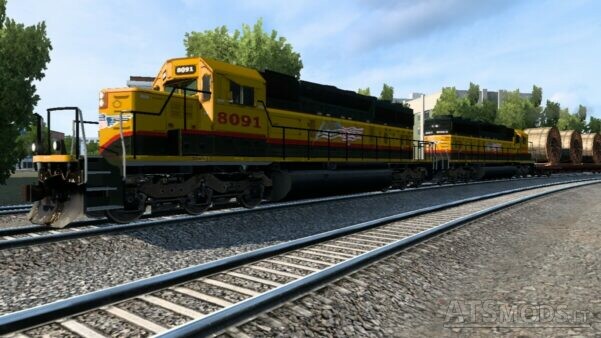 Add classic diesel and steam engines, railcars and cabooses for sightseeing trains
For locomotives and rail cars add skins with names of his real companies.
Now all freight trains are drived by more locomotives, from 2 to 5 coupled head DMUs and some additional in the mid and(or) the tail of the trains.
The length of trains has been changed, passenger: 3-15 railcars (20 for Autotrains). freight: 15-60 railcars(up to 150 with addon), depending on the number of sections and type of locomotives.
Added realistic train sounds in new FMOD Sound Bank format.
All passenger trains added a reverse section locomotive.
also increased stopping distance for the all trains and added a miscalculation of their real mass by the game for greater realism of their acceleration dynamics and behavior on descents and ascents. accordingly, for each raft, the power is set as a multiple of the power of all its locomotives (not everywhere).

PLEASE DO NOT INSTALL ANY REAL COMPANIES AND OTHER HIGH QUALITY TEXTURES PACKS ABOVE MY MOD IN LOAD ORDER, IT WILL RUINED ALL TRAINS TEXTURES OPTIMIZATION
This mod must be placed above any other third party mods that affect the trains, except for my own addons.
The mod does not support versions of game older than (1.40).

Please check before activation:
it is recommended to add this line: -mm_max_tmp_buffers_size 1000
to the properties of the game launch in Steam (or in desktop shortcut for nonsteam version) for better memory optimization and preventing game crashes with using alot of mods.
In Game:
For this mod are not recommended increase the settings “g_lod_factor_traffic” and “g_traffic” higher than value 1.0 or possible bugs and drawdowns FPS