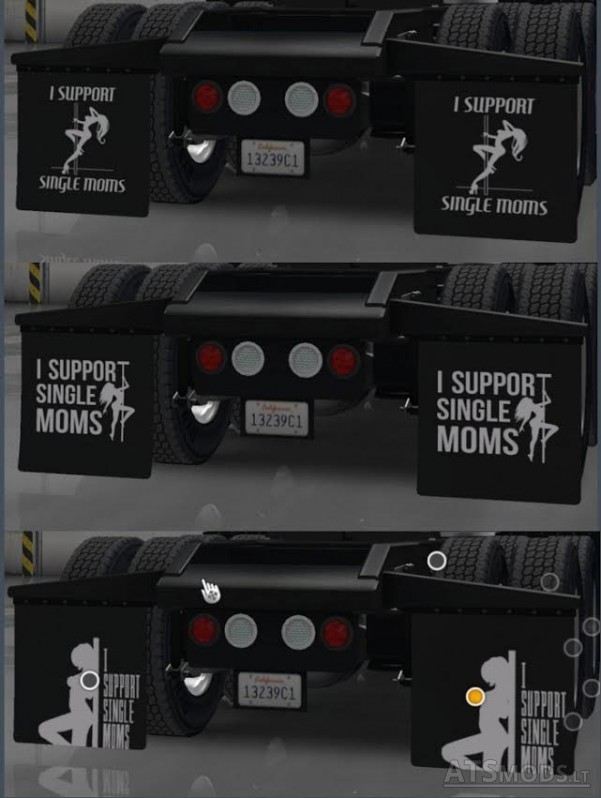 This pack contains various “I Support Single Moms” mud flaps for entertainment purposes which will allow you to customize your truck in a more traditional way. The intentions of this mod are purely to amuse everyone with truck flaps you normally wouldn’t see in the stock game!

They are also done in a way so that they look good using high resolution textures (much higher than default textures!)

Additionally this mod will be updated fairly regularly to include more designs and colours to allow for much more customization of your trucks flaps!

What’s next for this mod?
Add more mud flaps!
Add support for SCS official Volvo VNL when (if) released.

This version of the includes mud flaps for the following trucks:
Kenworth W900
Kenworth T680
Peterbilt 579