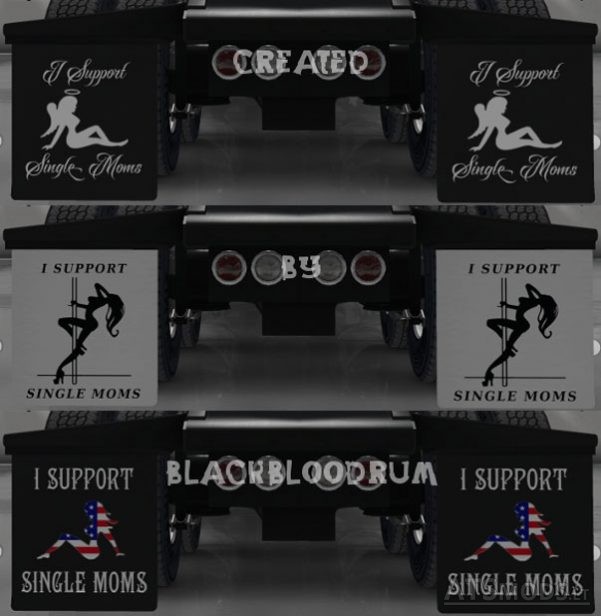 This pack contains 50 various “I Support Single Moms” mudflaps for entertainment purposes which will allow you to customize your truck mudflaps in a more entertaining way.

Compared to the stock mudflaps this pack contains much higher resolution textures allowing them to appear much more crisp and clear.

In addition this pack also contains support for some custom trucks!

Most notable changes in v2.0:
* New Truck Supported! Support for GT-Mike’s Kenworth T800 2016!
* New Truck Supported! Support for the Scot A2HD by Smarty!
* New Mudflaps Included! Include new “Patriot” range of mudflaps featuring the USA flag
* New Mudflaps Included! Include new flap “Roxie” for all trucks!
* Mod filesystem was reorganized
* Includes recovery mudflaps to allow for an easy update from 1.8 to 2.0
* Lots of other bug fixes and various other enhancements!

A full list of changes in this update can be found on the Steam page!

One thought on ““I Support Single Moms” Mudflap Pack”