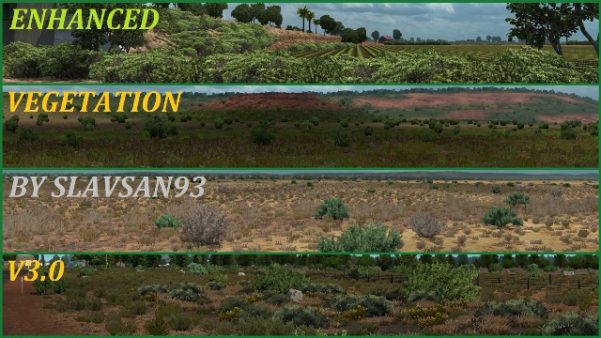 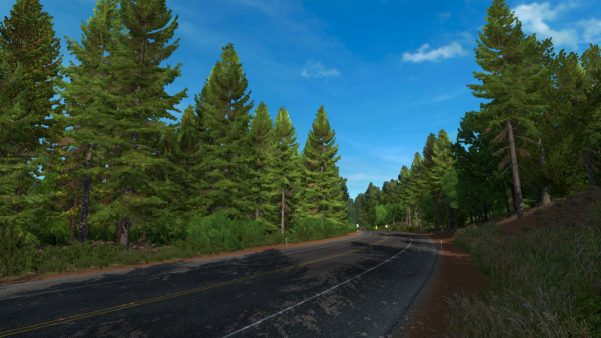 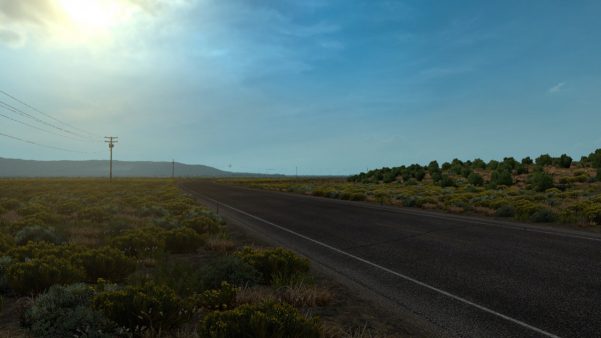 This mod replaces textures for vegetation around the map of ATS. If you like taking cool pictures and want to take a fresh look at the world of ATS, then this mod is for you! All vegetation textures have been sharpened and saturated, plus a new texture for a tree model.

FYI: the screenshots for this mod have been taken without graphics mods, brightness set on 40% and Color Correction turned on. Alongside with my other mods: New Mountain Textures, Realistic Roads and New Mexico Mountain Textures. I really recommend you use all of the mentioned mods together for the best experience ;)

– Re-touched vegetation for New Mexico
– Tweaked some other textures for trees and grass
– Spruces are a little brighter
– Some desert grass is desaturated
– New textures for water and ocean waves
– New texture for a tree model most commonly used around the game world (ash tree textures)
– All vegetation textures have been sharpened, saturated and color corrected for a more realistic look
– Spruces in the forests now have a little darker tone
– Saguaro Cactus has been brightened
– Cypress Arizona tree now has a little dark blue-ish tone
– Palo Verde tree now has a bright green tone
– Some desert grass has been paled a little