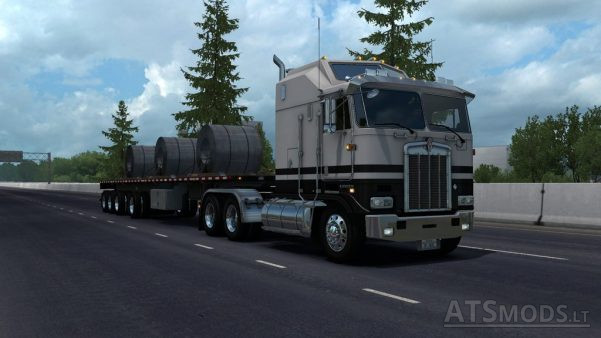 The purpose of the mod is just to give a little more dynamism to the sounds of the engines, taking the monotony of the same sound for a given model, even using different engines.
Instead of SCS having made a bank of sounds for each truck, the correct one would be a bank of sounds for each engine, leaving the user when configuring his truck to determine the sound used through the chosen engine.

NOTE: Can only be used in ATS version 1.37, based on the new Fmod Engine

Version 1.1
Added compatibility with the Kenworth K100E _Overfloater mod,
including Caterpillar C15 engines for this mod.