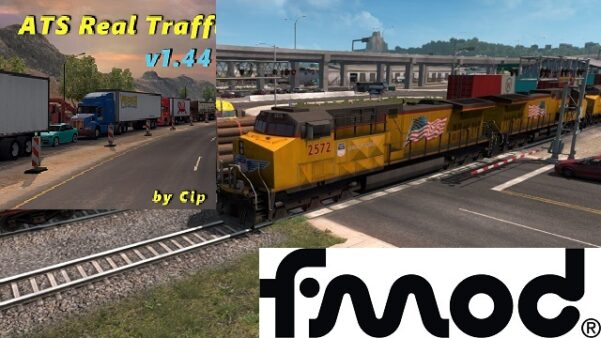 Changes:
Cip again updated his Real Traffic density mod to version 1.44.d, this time in connection with the release of his Real Emergency Ai Pack ATS 1.44 mod, he changed the frequency of appearance of police ambulances and fire engines, the data of which is in files used shared with trains.

This addon must be placed above the “Real Traffic Density and Ratio by Cip” and “Improved Trains” above than both mods in mod manager!