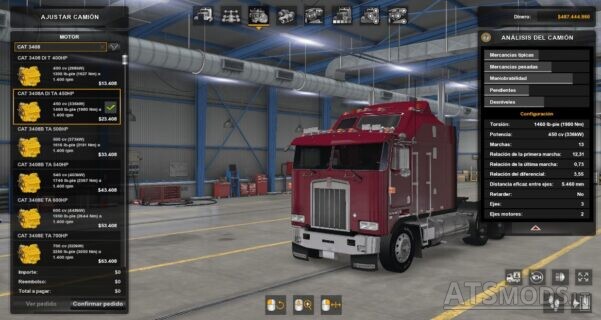 Important:
– Use a compression / decompression program (WinRar, 7Zip), download the archive, extract the folder and put it in the Mod folder of your game.

– Do not upload the mod to other links, keep the original (Sharemods). If you know how to modify the data, that it is only for personal use, otherwise, do not modify it.

Uptades:
1.2.1
– The unofficial version was uploaded by mistake, as there were unrealistic engines so it is no longer available in this version (I’m very sorry if someone was bothered).
– Added support to the Freightliner FLD (Harven).