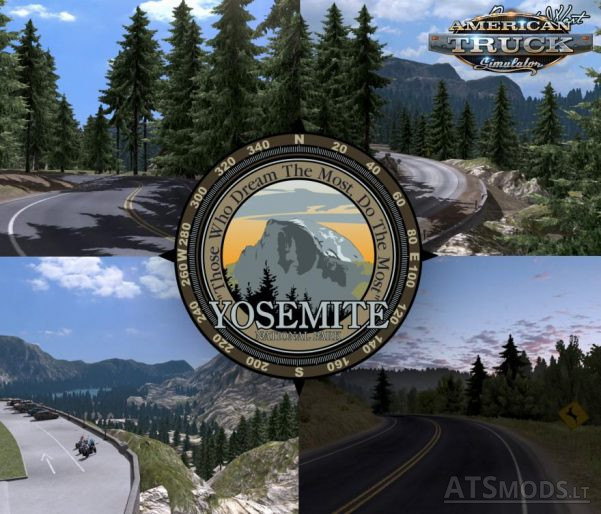 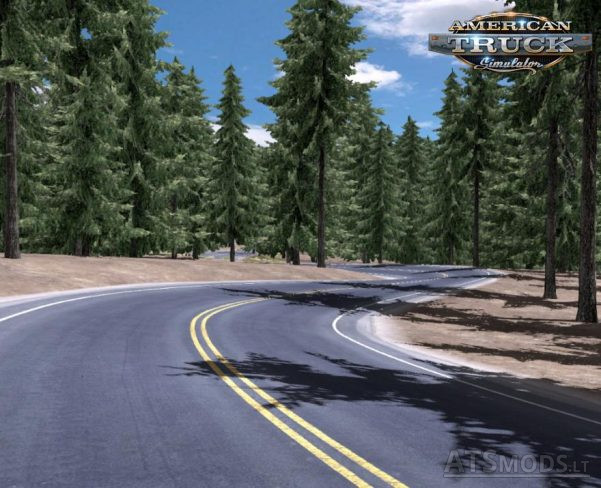 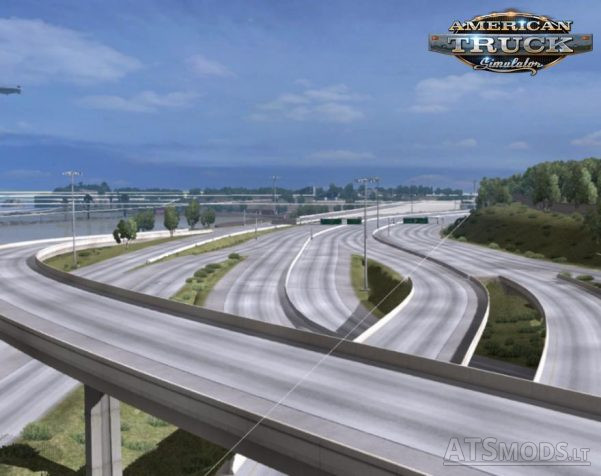 “Project West” for ATS is the improvement of existing roads and the construction
of new ones in the states of California, Nevada and Arizona. The primary idea of this
project (begun in early January 2017) was to “refresh” the main highways of California
and give them a more realistic look. Since then, the project has expanded and was
renamed from “California Highways” to “Project West”, because now it is much more than just “California highways”.

Some of the roads included in this mod are closed in real life for transit and long-haul
transportation, but this is a game, and whether or not to ride them is your own choice.
At least they are not closed, and if you wish, you can drive through them through the great national parks of the West.

What changes does the mod make?
– In Northern California, the changes are mostly related to “country roads” and the creation
of the Yosemite National Park on Tioga Road (CA 120) and minor changes to CA1 south of San Francisco

Arizona:
Rebuild of kayenta
In the plans for the future:
U.S 93 – Kingsman – Phoenix

Card is compatible with a bunch of maps C2C + CanaDream
Tested on 1.6.x game version