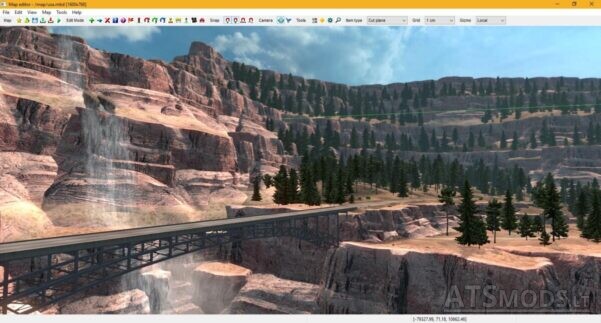 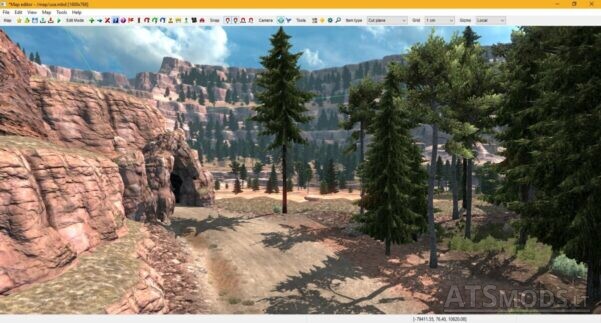 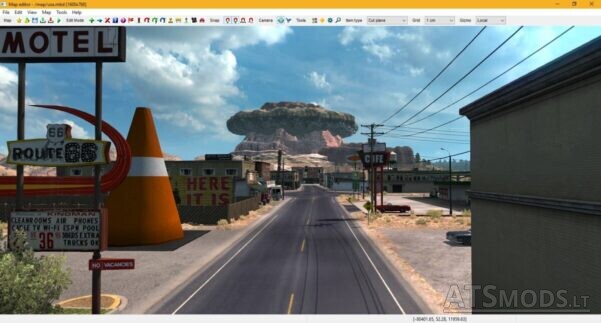 (German and Italian version available in the pack)
This mod re-assigns one Kingman company to the real town of Seligman
and adds the fictional town of Radiator Springs and Tailfin Pass/Wheel Well Motel
from the Disney/Pixar Cars movies on the historic Route 66 between Kingman and Seligman.
I’ve tried to combine the most beautiful aspects from the movie scenes
together with some fun gameplay elements from the Cars games and some artistic freedom.
As I am not a modeller, I had to improvise at some points.
Also, please do not try to jump off the cliffs, as they are all equipped with invisible
barriers to prevent weird things from happening.

It should be compatible with most map mods out there, but there’s no guarantee.
Load above all map mods in the mod manager. DLC New Mexico is required.
Due to the high level of detail and the vast sightlines this mod is not suitable
for low-end PCs.

Changelog 1.3:
Adaptation to ATS 1.39
Base map touch-ups merge
Note: Due to the WIP shift to the new sound system by SCS there is no possibility to add sounds in the map editor at the moment. Therefore, in-game sounds (recognisable songs from the movie and the waterfall sound) have been removed temporarily.