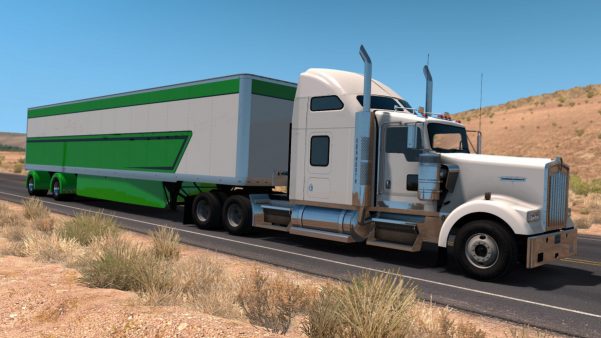 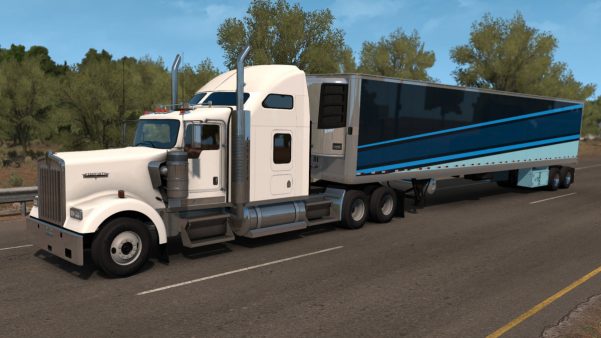 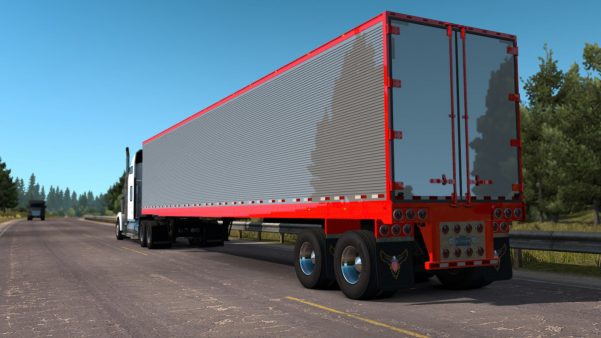 Version history:
1.2:
– The front axle of chassis with spaced axes is now lifted;
– Added the option of tuning the body sides. In addition to painted, now available chrome and stainless versions;
– Added the ability to install lights to the front of v. 1-wings;
– Added orange lights for the wings, also for them are added small rectangular lights (both orange and red), as on the body;
– Added the possibility of tuning the frame of body and cable box, for them a colored version is now available;
– Added doors and bumpers with a painted frame;
– Tuning of custom bumpers has been reworking: now only frame is selected in the bumper slot (between chrome and painted), the bracket for number and additional lights is selected in a separate slot below the main one;
– Cooling unit and the front wall on the reefer are now installed independently of each other;
– Added custom mudflaps with the ability to install lights on them;
– Added new skins, including those for Halloween and Christmas.