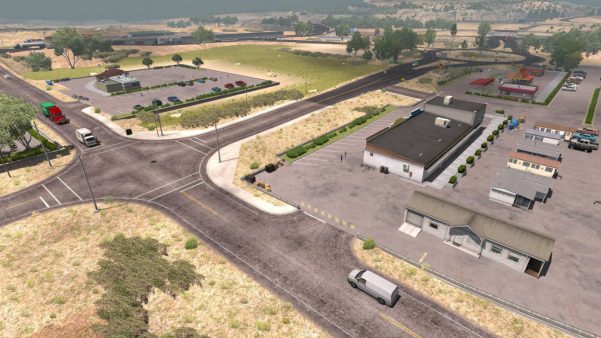 This version includes a partial rework of highways around Phoenix.
This Project is WIP that will add cities to the old Arizona map

Phoenix – Before & After
Over the past week, I have decided to start on one of the most exciting parts of this project, the main focus of Arizona, Phoenix! I have increased the lanes from 2 to 4 to 5 to 6 in multiple areas of the Phoenix metro. I also added roads and widened city streets.

I have to give a big thanks to FLD’s prefab packs which allowed me to add more lanes than possible in ATS.

Map is tested for and compatible with ATS 1.34x
Map requires all map DLCs. Issues with special transport routes may occur, this will be fixed in 1.1.
Map is compatible with most maps. C2C, Viva Mexico, Canadream etc. See priority below! US Expansion is not supported and will not be in the foreseeable future. Sorry