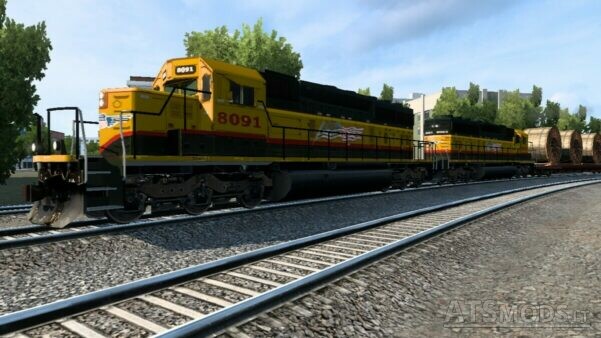 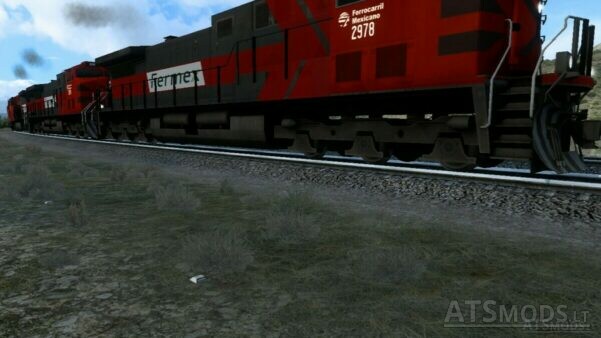 Changes in 3.8 beta2 for ATS 1.41 public beta:
critical incompatibility of old versions of mod 3.7.x with the new build of the game ATS 1.41.0.69s due to changes in the game engine.
the recently introduced realistically mixed trains were cut out, they are no longer readable by the game.
elimination of the conflict with the new coal wagon added by SCS
added a new cargo to the wagon platform
added car models: box, dump and tank ported from ETS2 for a greater variety of rolling stock (car textures will be American but differ in size)
return of the simultaneous appearance of two trains on multi-track railways
the update is incompatible with older versions of beta 1.41x than the one above. (see the version of your build of the game in the lower right corner on the profile and settings selection screen before choosing the version of the mod, for older versions of the game, look for Previous Versions)
no add-ons from older versions are compatible

PLEASE DO NOT INSTALL ANY REAL COMPANIES AND OTHER HIGH QUALITY TEXTURES PACKS ABOVE MY MOD IN LOAD ORDER, IT WILL RUINED ALL TRAINS TEXTURES OPTIMIZATION
This mod must be placed above any other third party mods that affect the trains, except for my own addons.
The mod does not support versions of game older than (1.41.0.69s).